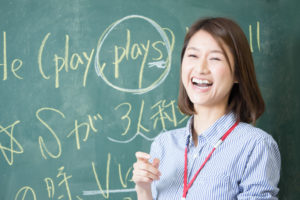 “A man’s mistakes are his portals of discovery.”

How can English language teachers create a rigorous, tolerant and focused classroom atmosphere? How can we address our students’ grammatical and pronunciation errors in a friendly, productive way?

One effective technique is encouraging English students – especially those learning English as a second language – to “learn by doing” and “make good mistakes”. It’s natural for our English students to make mistakes  as they expand their vocabulary, experiment with new sentence structures and use English more in their daily lives.

What is a “good mistake?”

A “good mistake,” as I explain on the first day of class, follows logical thinking, but just happens to produce an incorrect outcome. For example, a young boy might think 2+2= 22. You can see the student’s logic, but the answer is wrong. The student needs to know that 2+2=4. But you can also acknowledge that “22″ is a “good mistake.” It’s also often a common system error.

Far too many ESL students, especially in countries that heavily rely on and sometimes worship standardized exams, are hesitant to experiment with English. Many of these students often avoid making any mistakes by remaining silent in conversation class rather than expanding their verbal skills. It is the job of the ESL teacher to identify this “good mistake” as a systems error. After all, you can’t learn to fluently speak a new language without making mistakes.

Every error is an opportunity

So I encourage English students, in both conversation and writing classes, to take chances, try new things, and make “good mistakes.” I also assure students that by making “good mistakes” once or twice, and then recognizing and correcting them, students can learn to avoid repeating those same mistakes. Again, a “good mistake” is not a mistake you’ve made in class ten times before or on previous papers. Many international students in my USC classes often understand the value of making mistakes, relax a bit. They also proceed to experiment a bit more in our crazy, confusing, and misspelled English language.

As I often joke on that first day, our goal is to make many “good mistakes,” learn from them, and move forward to make new, different, and even better mistakes. This goal is often realized – either purposefully or by happy accident! The students usually make significant, meaningful, and verifiable progress in their English language skills.

What are the most common “good mistakes” you’ve seen in your classroom? How do you guide your students through their “good mistakes?”